How Much Snow Did You Shovel This Year? 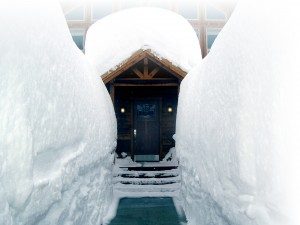 This winter has been brutal for the East Coast. With unusually cold temperatures and high amounts of snowfall, keeping roads clear and preventing structural damage from snow load has become a significant undertaking.

Let’s take a look at how significant all this snow really is, first some quick numbers:

Using these numbers, a 400 square foot driveway in Boston would have received 3,470 cubic feet of snow this winter. At the average weight of 15 pounds per cubic foot of snow, our hypothetical homeowner would have cleared a cumulative 52,050 pounds (over 26 tons) of snow from his driveway.

That is a lot of the white stuff. Most driveways are well beyond 400 square feet. Then include porches, patios, sidewalks, the front steps, and your elderly neighbor’s walks and you have a lot of time and energy spent moving literally tons of snow.

Now suppose you don’t live in the Northeast and you haven’t been pummeled by snow this year. 26 tons is certainly extreme, but look at the average annual snowfall in these other regions and imagine how quickly it adds up.

Half of 26 tons is still a lot of heavy lifting. This is one reason heated driveway and snow melting technology is rising in popularity. With a little investment up front, you can simplify your winter and free up time for more important things.

Now, imagine the strain and wear that all that snow puts on your roof.